The New Mexico Pageant of Bands panel of marching band adjudicators (judges) for the 2021 competition consists of:

Jeff Ausdemore serves as President and Co-Founder of Stryvemind.com, a revolutionary online music education platform that impacts students nd educators around the world. Prior, Mr. Ausdemore was the Director of Music at Grapevine-Colleyville’s iUniversity Prep. Prior to this post, Mr. Ausdemore served eleven years as the Director of Percussion Studies at Colleyville Heritage High School. In addition to his teaching duties at Colleyville Heritage High School, Mr. Ausdemore served as the percussion arranger and caption head for the Blue Knights Drum and Bugle Corps from 2006 through 2010. Prior to his appointment to CHHS, Mr. Ausdemore taught at the University of Texas Arlington, as adjunct professor of percussion. As a composer, Mr. Ausdemore has contributed original works for piano, instrumental guitar, contemporary multimedia, percussion and choir, percussion solo instruments, percussion ensemble, as well as wind ensemble and marching band. Several ensembles have commissioned and premiered Mr. Ausdemore’s works on recordings, concerts, the Music for All national festival, the Interlochen Fine Arts Academy summer camp, as well as the upcoming 2021 Midwest Clinic. Mr. Ausdemore’s professional affiliations include adjudication roles for Drum Corps International, Winter Guard International, Bands of America, a percussion committee member for the Percussive Arts Society, the Texas Music Educator’s Association, the Texas Bandmasters Association, and the American Society of Composers, Authors, and Publishers, and currently serves as the current Vice President of Percussion and Winds on the executive board of the North Texas Color Guard Association. Mr. Ausdemore holds a Master of Music degree with distinction from New Mexico State University (2002), as well as Bachelor of Music degree with high honors from Belmont University (1999). Jeff Ausdemore lives in Bedford, TX with his wife, Pam Davis Ausdemore. Pam is a gifted artist and teacher at Sendera Ranch Elementary School in Northwest Independent School District. They have been blissfully married since May of 2012.

Matthew Banks graduated from Illinois State University with a Bachelor’s Degree in Music Education. After graduating from ISU, Matthew performed with the Broadway musical show Blast! both on Broadway in New York City and with their international touring cast. During his time with the show, it received a Tony Award for best special theatrical event and an Emmy Award for best choreography for a television musical. Matthew is a music teacher in the St. Louis area. His band program has received numerous awards and honors throughout the Midwest region. Matthew has completed his Master of Arts in Educational Leadership Administration at McKendree University. Outside of working at the public level and college level, he has also had the opportunity to work with Cavaliers and Bluecoats Drum & Bugle Corps brass staff.

Bruce Collins began his journey in band as a mediocre beginning clarinet student at Atkins Junior High in Lubbock, Texas. The family’s move to Clovis, New Mexico in 1968 changed everything. Under the direction and encouragement of Gattis Junior High director, Dick Echols and then as a high school student in the Clovis High School Band, under the direction of New Mexico’s legendary music educator, Norvil Howell the path for a career as a music educator began. He is a graduate of West Texas State University, where he received the Bachelor of Music Education and Master of Arts Degrees. His career in music education began in 1978, as associate director at Robert E. Lee High School in Midland followed by a Director of Bands position at Alamo Junior High School, also in Midland. Following one year as Director of Bands at Gruver High School, he began nineteen rewarding years at Pampa Middle School, and Pampa High School. While in Pampa, bands under his direction achieved an enviable record of first division performances in marching, concert and sight-reading performances and statewide recognition in the TMEA Honor Band competition. A call from Cody Myers, Director of Fine Arts for the Amarillo ISD, would result in his appointment in 2005 as Director of Bands at Amarillo High School, where he would teach until his retirement in 2018. Along with his duties at Amarillo High School, Mr. Collins served as the TMEA Region 1 Band Chairman, as an organizer for region band, and honor band area organizer. Professional affiliations include Texas Music Educators, Texas Bandmasters and Phi Beta Mu. His current interests include working with bands as a consultant, and music arranger and as an instructor in the S.T.E.M./S.T.E.A.M. academic enrichment program, “Snapology of Amarillo.” Bruce is married to his wonderful wife, Julie, an outstanding music educator, also recently retired. They are the proud parents of Alex (and Ashley) Collins, music educators and graduates of WTAMU, and Matthew, a recent graduate of the University of North Texas.

Mr. Dean DeKemper from Salem, Indiana, is a seventeen-year member of the Tri-State Judges Association, specializing in General Effect, Visual Performance and Color Guard. He is a former American Musical Ambassador, a Charter and three-year performing member of the Star of Indiana Drum and Bugle Corps of Bloomington, Indiana, a Drum Corps Midwest All-Star Corps member, former Visual Coordinator for Evansville Central High School, and former Visual Caption Head for Ubiquity Winterguard, a consistent Tri-State Marching Arts Finalist Medalist and Winter Guard International Regional Finalist Medalist. He was formerly the Director of Pep Band at the University of Southern Indiana. He has consulted with many outstanding high school and independent programs in Indiana and Kentucky and has adjudicated marching bands and winter guards throughout the United States. He is a twenty-four year Early Intervention Specialist and System Supervisor for First Steps, Indiana’s Early Childhood Development Intervention Program, and holds a Bachelor of Science in Education from the University of Southern Indiana.

Daniel Eger is originally from Olean, N.Y. and has been in Florida most of his life, He attended Seminole High School and was in their Wind Ensemble, and Marching Band for four years and was in the winter guard. He then attended St. Petersburg College to start his Music Education Degree, after that, pursuing Music Education at The Florida State University, and Interior Design with International Academy of Design and Technology. Since graduating high school in 1993, Daniel has been designing winter guard shows, uniforms, floors and flags, marching band shows and set designs for musicals. He is currently employed full time as a Facilities Project Manager Designer for the University of South Florida. Although he has many passions for different types of design, he still finds time to perform with Hollingsworth Winds, Tampa Bay Symphonic Winds, Tampa Bay Symphony and the Heralds of Harmony from time to time, keeping up with musical talents and repertoire. Before age outs were eliminated from World Class guards, Daniel performed with Seminole High School, Florida State Winterguard and Shaktai Performance Company. Daniel is a member of the Florida Federation of Judges Association. With a background in colorguard and music, he has judged winterguard, winter percussion and winds in the Florida Federation of Colorguards Circuit, the North Texas Colorguard Association, Tennessee State Marching Band Competition, Mid Continent Colorguard Circuit, West Texas Colorguard Circuit, Michigan Color Guard Circuit and the Florida Bandmasters Association.

J.R. grew up in Western Michigan where he was a member of the Jenison Marching Band. While still in high school, he began his arranging career with the assistance of his band director. His first marching band arrangements were performed in 1993 while he was still a senior in high school. While attending Michigan State University and performing in the Spartan Marching Band, he continued working with Jenison as well as other high school marching bands in the state. His first concert band arrangements were premiered in 1995 internationally, He began writing for the Spartan Marching band in 1997 while still an undergrad. Upon completing his degree in Instrumental Music Education, he accepted the position of beginning band and orchestra director for Kalamazoo Public Schools. He also continued his work with Jenison as well as directing their top jazz band. In 2000, he moved to central Illinois to begin work on his masters degree in Music Education at the University of Illinois at Urbana-Champaign. There he assisted with the Marching lliini, directed the Basketball Band, guest conducted the concert bands, and taught a class on wind arranging. He began writing music and drill for the Marching Illini in 2000. Upon completion of his degree, he moved back to Michigan to focus all of his energies into arranging and drill writing. Along with writing drill and music for university, high school, and special events like the Rose Bowl and the Orange bowl, he has also served on the board of directors of the Michigan Color Guard Circuit. He continues to judge actively all over the United States as well as working as a clinician for high schools and universities. In 2007, he became a member of the American Society of Composers, Authors, and Publishers (ASCAP). He is also a member of the National Band Association (NBA). He now lives with his wife Jen and cats Oreck and Dyson in Farmington Hills where he avoids mowing the lawn, armchair coaches the Red Wings from the safety of his couch, and tries to make sure dinner is on the table for his wife when she gets home. As of December of 2017, he and his wife welcomed their daughter Allie to their family as well. She’s adorable. Just ask us. We tell you.

Rich Zamperini received his Bachelor of Science degree in Music Education from Indiana University of Pennsylvania and his Master of Science degree Music Education from the Aaron Copland School of Music at Queens College. His marching experience includes stints with the General Butler Vagabonds of Butler, Pennsylvania, the Bridgemen of Bayonne, New Jersey, and the 27th Lancers of Revere, Massachusetts where he was respectively instructed by Bands of America Hall of Fame member Michael Kumer and Drum Corps International Hall of Fame members Bruno Zuccala, Scott Koter, Dennis DeLucia, Frank Dorrite, and Charley Poole. He has performed in concert bands directed by Frederick Fennell, William Revelli, Eugene Corporan, H. Robert Reynolds, and Jack Stamp, and his jazz teachers include Dom Famularo, Jimmy Heath, Slide Hampton, David Garibaldi, and Jimmy Cobb. Rich’s near 40 year career in marching music includes experience as a performer, instructor, conductor, director, composer, arranger, clinician, consultant, adjudicator, and administrator. As a high school band director, his concert and jazz ensembles consistently performed at superior levels. His marching band’s accolades included two Bands of America regional championships and one Pennsylvania Interscholastic Marching Band Association crown. He has judged in 36 states and Canada – including DCA championships, WGI, and a six time adjudicator for DCI finals week. Past administrative positions include director the General Butler Vagabonds drum and bugle corps, music caption coordinator of the Pennsylvania Federation of Contest Judges, and assistant director of the Steel City Ambassadors drum and bugle corps of Pittsburgh, Pennsylvania. His students have ranged in age from 4 to 92. Currently, Rich serves as proprietor of the Facebook business page, “Good to Great, Great to Champion”, an independent music education contracting business specializing in marching music ensembles. 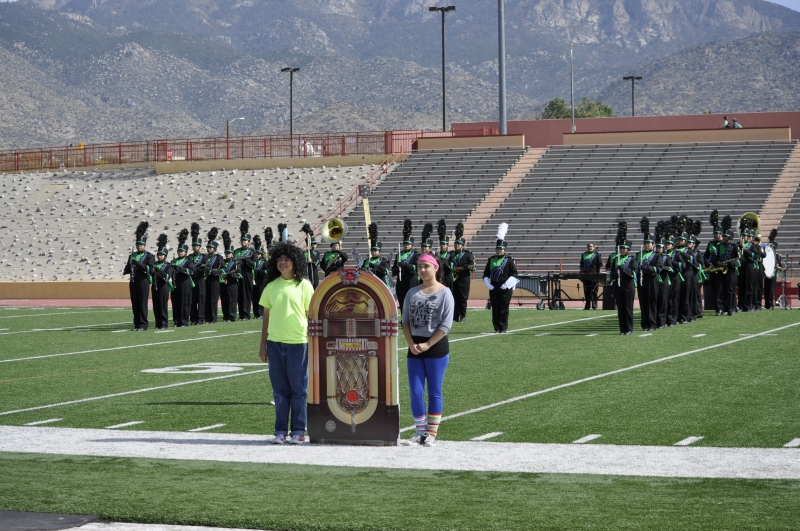 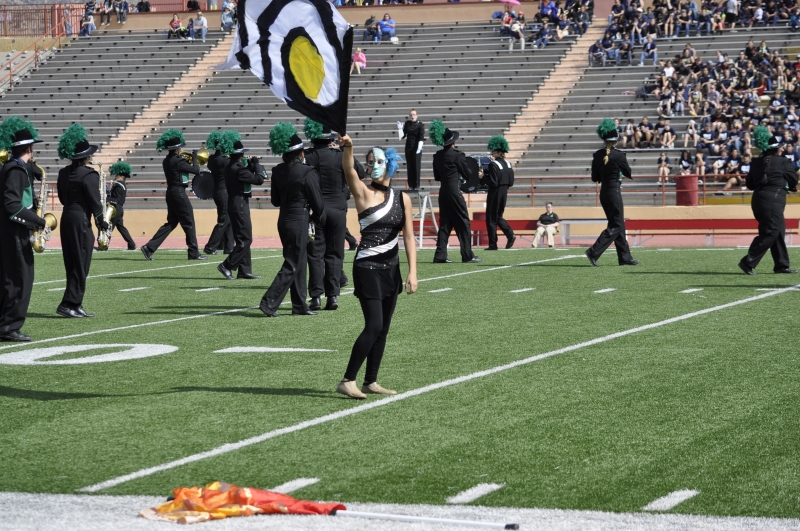 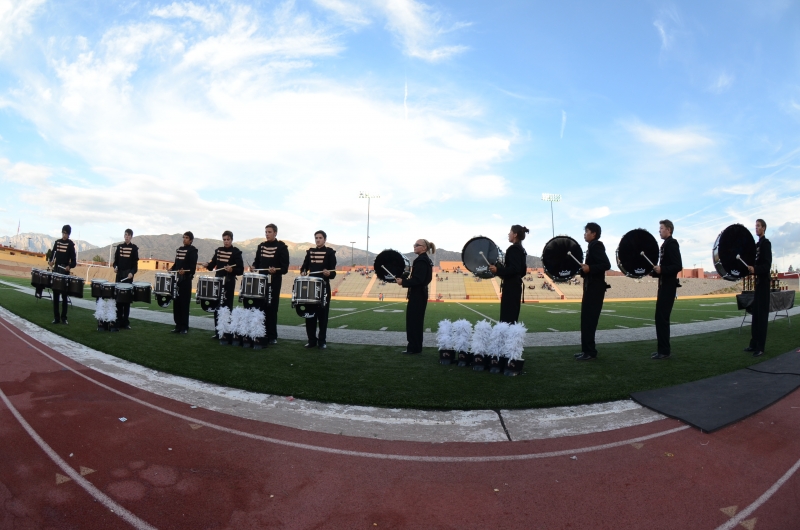 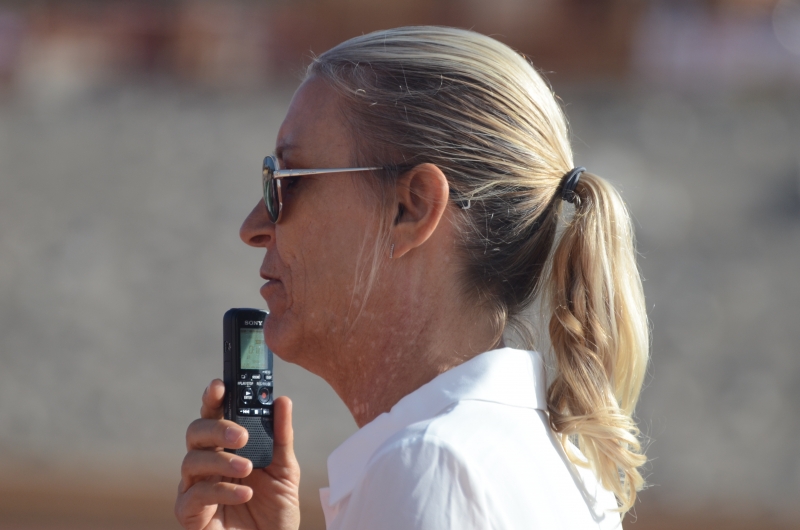 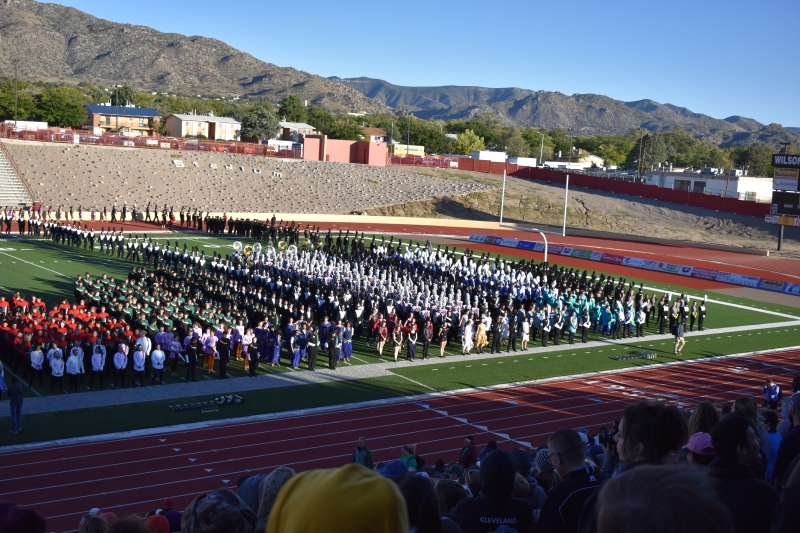 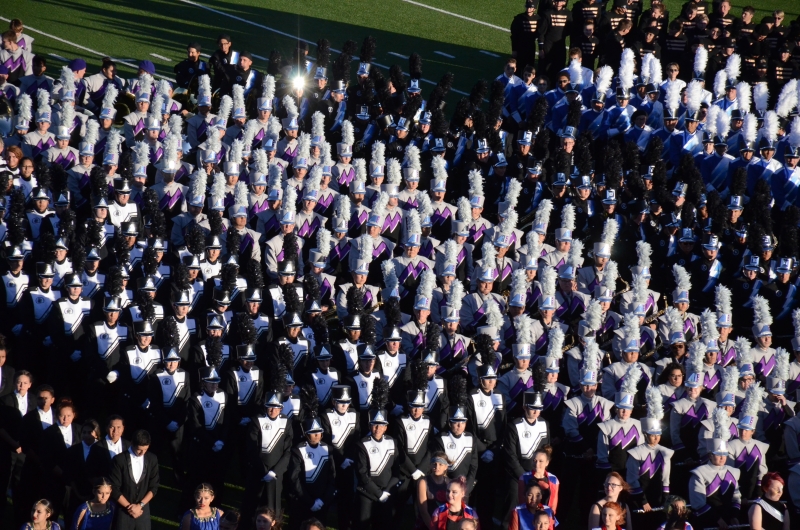 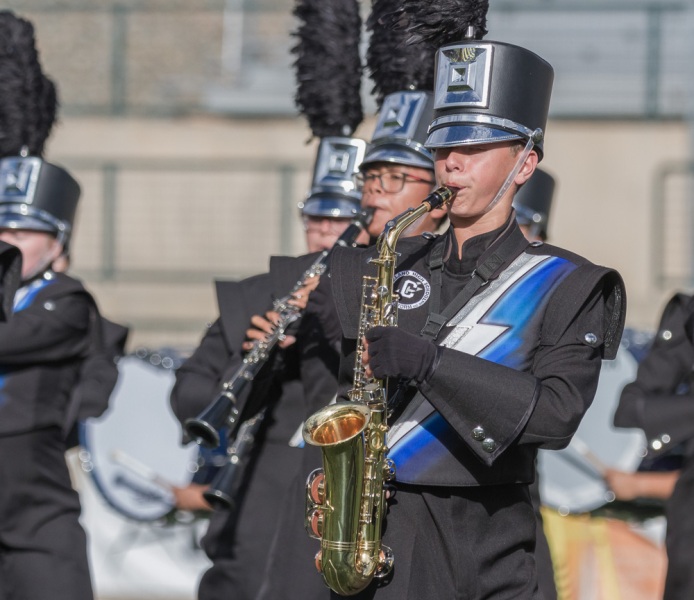 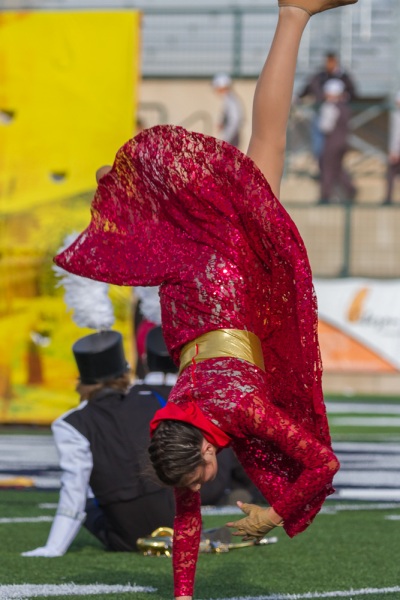 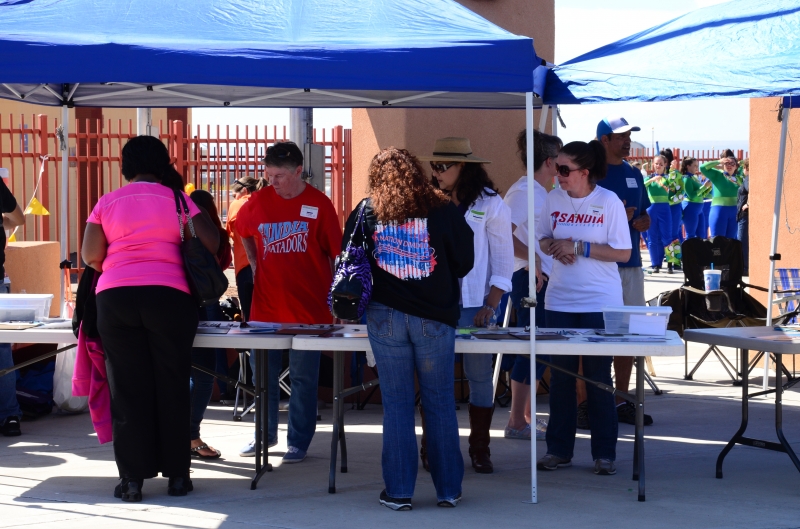 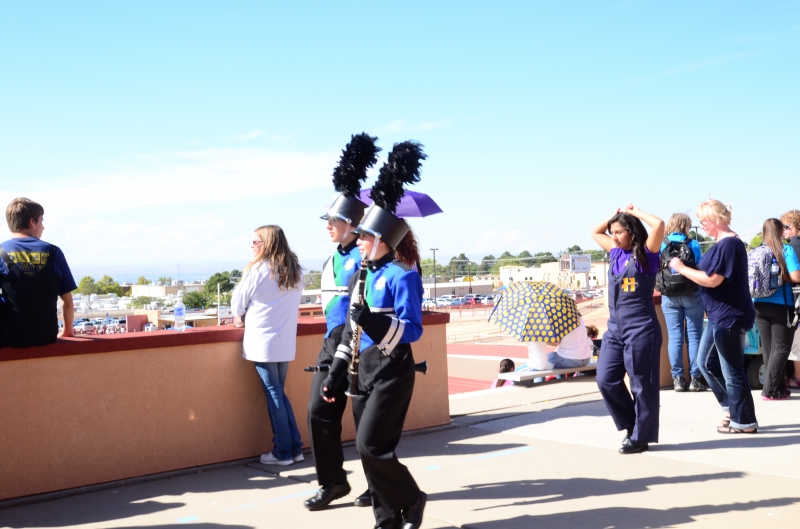 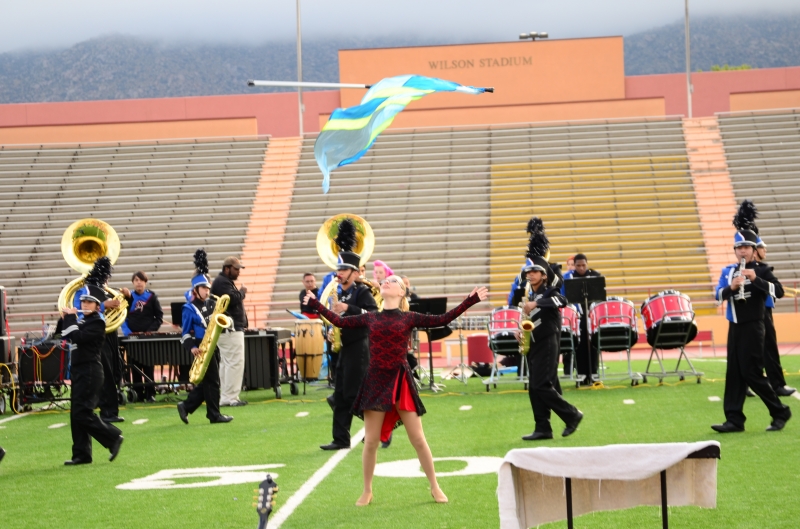 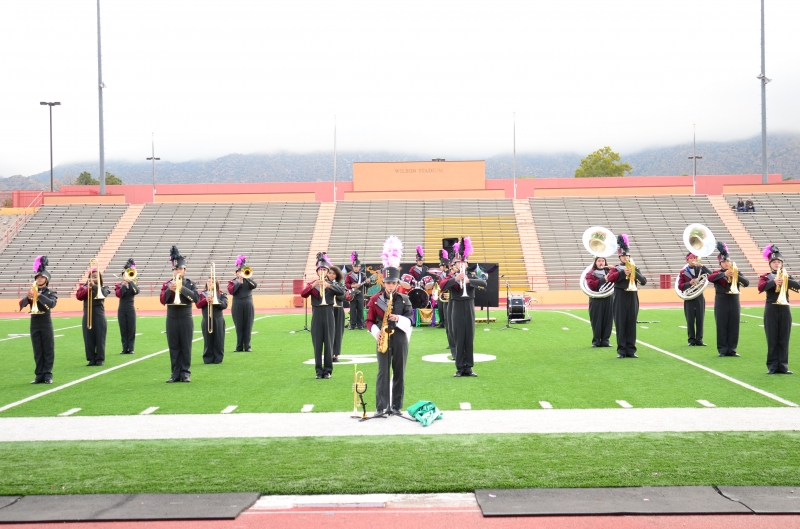 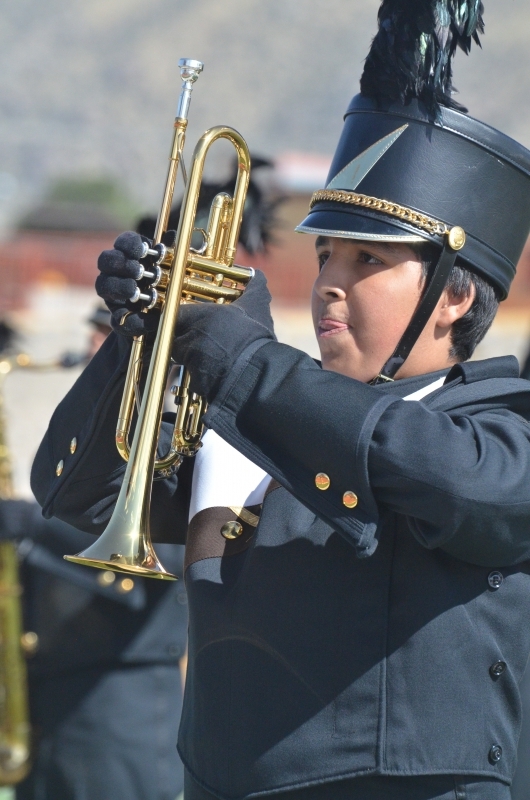 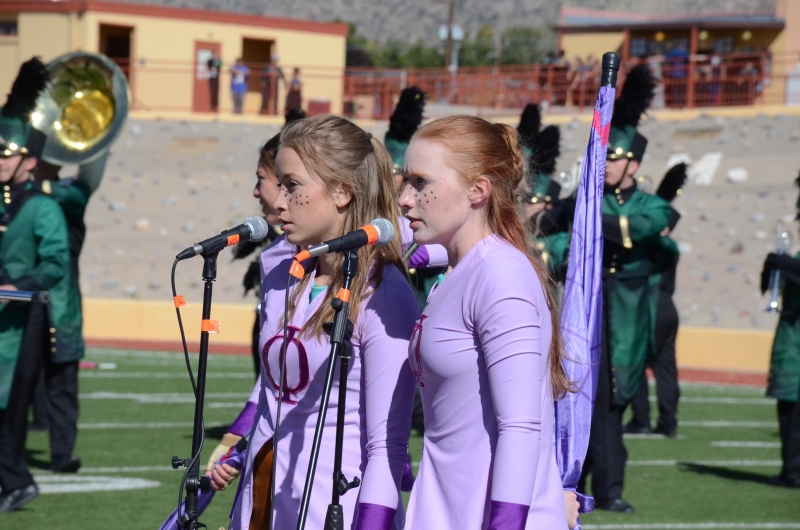 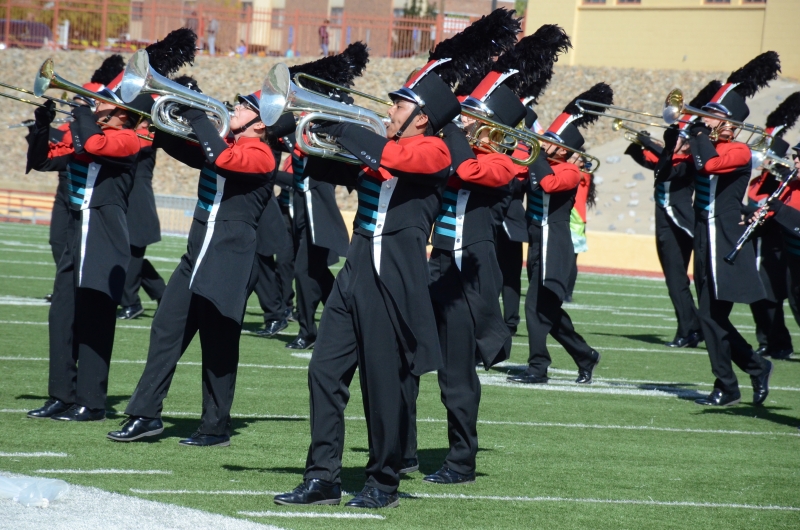